We use cookies to ensure that we give you the best experience on our website. If you continue without changing your settings, we'll assume that you are OK with this.     OK  No, I would like to know more...
Home / About Novasep / Media & Events / Press releases / VRI, ANRS and Novasep sign an agreement for the cGMP manufacture of two experimental vaccines for the prevention and treatment of HIV-1/AIDS

VRI, ANRS and Novasep sign an agreement for the cGMP manufacture of two experimental vaccines for the prevention and treatment of HIV-1/AIDS 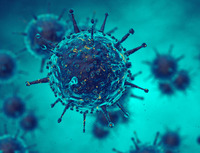 Two candidate vaccines targeting dendritic cells have been developed at the Vaccine Research Institute (VRI), and their manufacture under cGMP guidelines will permit the set-up of future clinical trials in humans.

Paris, the 24th of November 2016: VRI, ANRS and Novasep announce the signature of an agreement for the production of 2 candidate vaccines against HIV, developed by teams at VRI. Process development and production of a prophylactic and a therapeutic vaccine will be performed under current good manufacturing practice (cGMP) conditions by GTP Technology and Novasep respectively, the 2 contract development and manufacturing companies (CDMOs) selected for these important steps in the development of these vaccines.

Worldwide, over 35 million people are currently infected with HIV, and 2.3 million new cases are reported annually. Less than half of the people living with HIV have access to antiretroviral treatments. In France, there are 150,000 people infected—nearly 30,000 of whom are unaware of their status, and continue to spread the disease, resulting in 6,100 new cases each year. The medical/scientific community agrees that only a combination of strategies like the use of condoms and PrEP (pre-exposure prophylaxis with antiretrovirals) with a prophylactic vaccine will make it possible to control the spread of the HIV epidemic.

Antiretroviral treatments can control HIV virus replication, improving the quality of life and life expectancy of infected subjects, but they cannot cure them of the disease. Furthermore, in the vast majority of treated patients, stopping antiretroviral treatment is accompanied by a rapid rebound in the viral load, which has a harmful side-effect on the immune system. The development of a therapeutic vaccine has two objectives: (i) to obtain disease remission without treatment, and (ii) to eradicate the virus.

Results of several years of research and collaboration with international teams including those from the Baylor Institute for Immunology Research (BIIR) in Dallas, TX, these 2 candidate vaccines are meant to target and activate dendritic cells through the use of monoclonal antibodies coupled with HIV antigens. Depending on the type of HIV antigen coupled with the monoclonal antibodies, the vaccine will induce a potent neutralizing and non-neutralizing antibody response as well as a T-cell response, that will, thus, provide a preventative or therapeutic impact.

The objective of VRI is now to pursue the development of these 2 candidate vaccines for future clinical trials in humans. VRI and ANRS have selected the CDMOs Novasep and GTP Technology that, through their alliance, offer considerable expertise and industrial know-how in producing and releasing cGMP batches that will be used in future phase I/II clinical trials.

“These 2 vaccines will be administered alone or in combination with « conventional » vaccines that are currently being developed on an international level together with VRI. They allow us to bring forth new concepts based on the most up-to-date knowledge of induction and modulation of the immune response.” said Prof. Yves Lévy, VRI Executive Director.

“The candidate vaccines developed in the framework of the VRI and ANRS vaccine program have allowed us to take a major step forward. The manufacture of sterile injectable vaccine batches will enable us to begin clinical trials on human subjects around 2019.” said Prof. Jean-François Delfraissy, ANRS Director.

“Novasep, with the support of our partner GTP Technology, will be in charge of process development and manufacturing of the monoclonal antibody clinical batches. This contract confirms the rapid success of the partnership announced at the beginning of 2016 between our two companies,” said Alain Lamproye, President of Novasep's Biopharma Business Unit. "The team is very proud and enthusiastic to participate in this project, which opens new perspectives in slowing down the spread of HIV/AIDS.”

About ANRS
ANRS (French National Agency for Research on AIDS and viral hepatitis - France Recherche Nord & Sud Sida-HIV Hépatites) is the leading organization for research on the HIV/AIDS and hepatitis epidemics in France, and a leader in the fight against these diseases in developing countries. In 2012, ANRS became an autonomous agency within Inserm. ANRS objectives are to acquire and increase new knowledge in order to improve the prevention of HIV/AIDS and HCV and to care for people infected. ANRS brings together research scientists from all disciplines and doctors belonging to research organizations (Inserm, CNRS, Institut Pasteur, IRD), universities and hospitals all over France. The Agency's vaccine research program is managed by VRI (Vaccine Research Institute).
http://www.anrs.fr/
ANRS (France, Recherche, Nord&Sud, Sida-HIV, Hépatites)
101, rue de Tolbiac, 75013 Paris, France
Contact presse : Noella LEFEBVRE
noella.lefebvre@anrs.fr
Tel: + 33 (1) 53 94 60 21

About GTP Technology
GTP Technology is a contract research and development organization that provides customized recombinant proteins and process development services to support biopharmaceutical companies. With its strong research culture and know-how in bioprocessing, the company can take on projects from early development to the transfer to cGMP manufacturing for clinical trials.
http://www.gtptech.com/

Your brochure is ready!

Download your docs Stay on this page
Give us your feedback!